Canada's trade in goods with the US totaled over $672 billion in 2016, with exports to the US accounting for $394 billion and imports from the US about $278 billion. The trucking share of total Canada-US trade was almost 60 percent. [1] 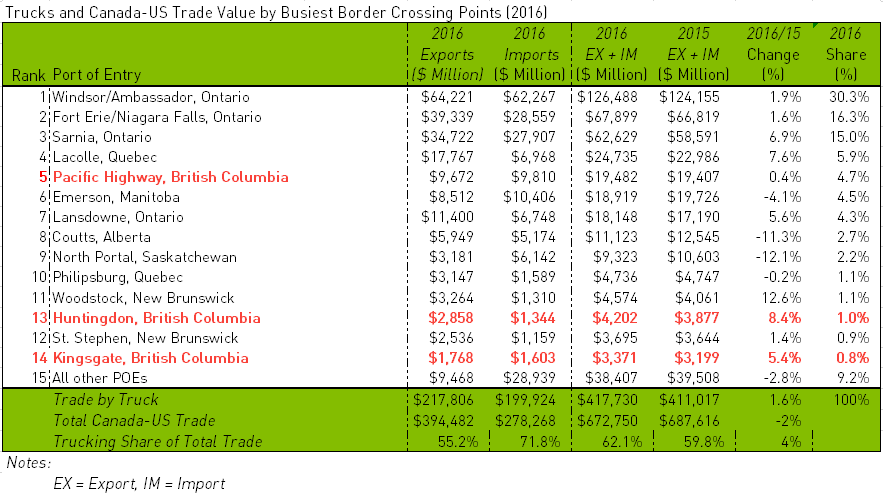 Cross-Border Trade in BC - Cascade Gateway

Most of the goods moving back and forth across the BC-Washington State border travel through the Pacific Highway, Abbotsford-Huntingdon, and Aldergrove commercial land ports of entry – collectively known as the Cascade Gateway. The overall value of Canadian imports from the US far exceeds the value of Canadian exports to the US. [2]

Every day, over 3,000 trucks cross the Cascade Gateway, carrying almost $44 million (USD) in daily trade.[3] The following tables show annual volumes of truck crossings at the three main commercial ports of entry in the Cascade Gateway. 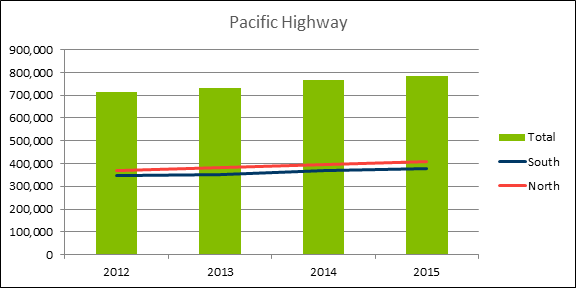 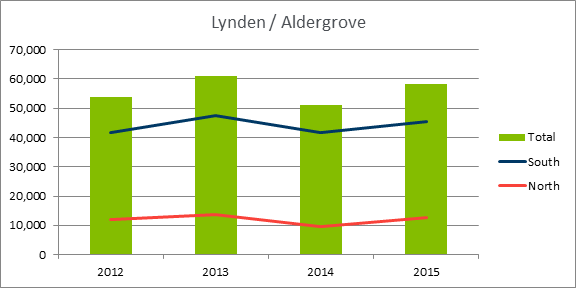 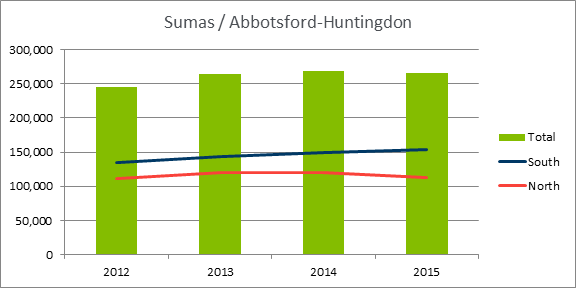 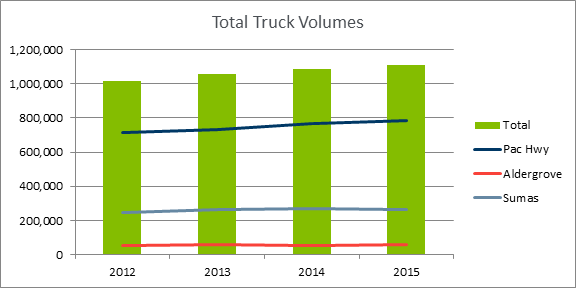 Beyond the US Border: Canada's Global Trade

When Canada's trade with the US and the rest of the world is combined, trucking is the most dominant mode of transportation. Trucking accounted for around 49 percent of all trade in 2016, more than double the share of any other mode. [4] 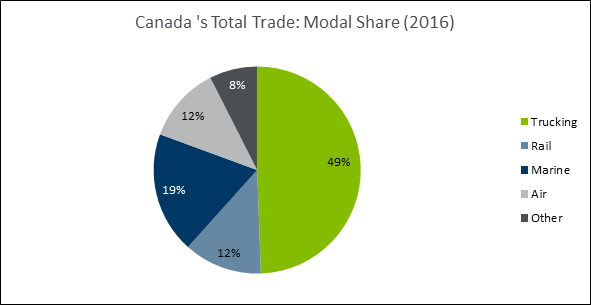 In terms of total value, transportation equipment, machinery and electrical equipment, and other manufactured goods are the largest commodity groups traded by truck. [5] 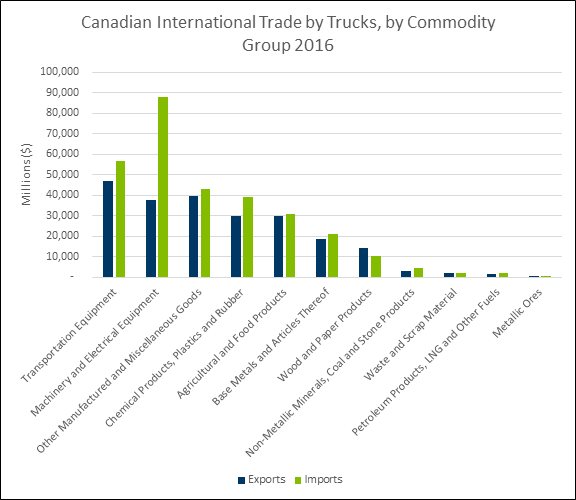 Demand for BC Commodities is on the Rise

With the substantial demand for BC commodities over the long term, as projected in the table below, truck traffic is anticipated to increase.[6]  [7] 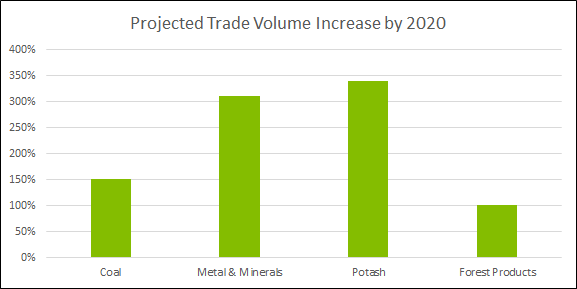 As well, 136 million tonnes of cargo, valued at $202 billion, moved through the Port of Vancouver in 2016. Over the next five years, the port forecasts tonnage increases of an average of 4 per cent per annum, from 136 to 167 million tonnes, with the majority of the growth expected in the latter part of the planning period.[8]