Unfortunately, ICBC collision data, our source for industry crash statistics, isn't compatible with Statistics Canada data on industry road exposure. So, instead of relying on road exposure statistics, we have used the total number of licensed (i.e., actively insured) heavy commercial vehicles (HCVs) with licensed gross vehicle weight (LGVW) greater than or equal to 11,795 kg based on ICBC records as a proxy, to put HCV collisions into context. 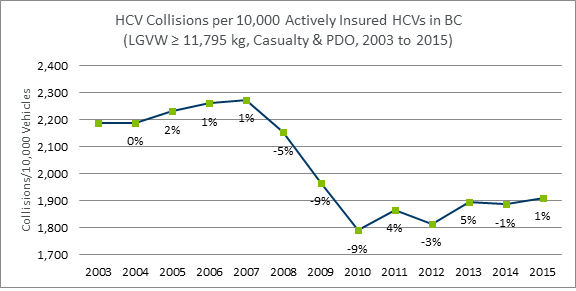 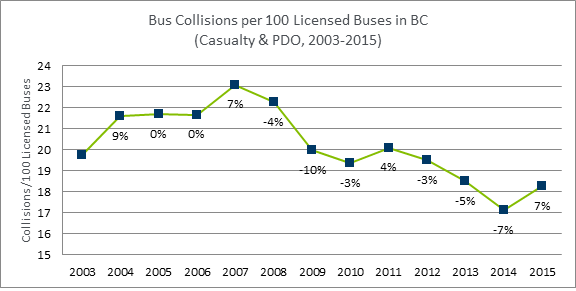 The following chart shows the 2015 bus collision rate by type of operation. Public, airport, and charter buses, which are lumped into the same category by ICBC, had the highest collision rate compared to the other two types of bus-use categories – private and school buses and religious-use buses. 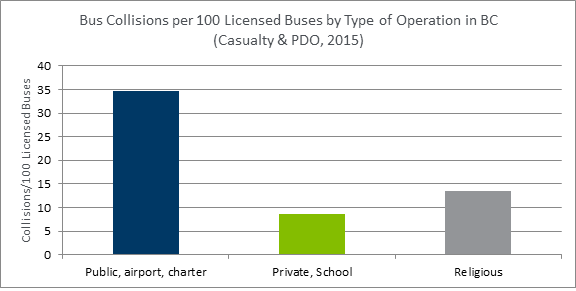 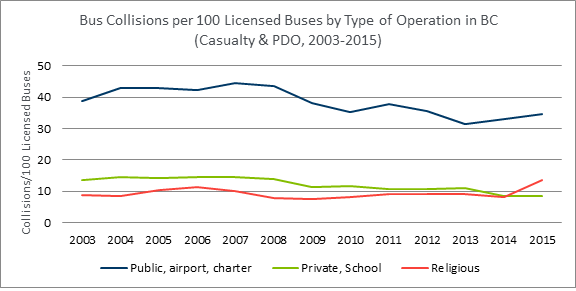 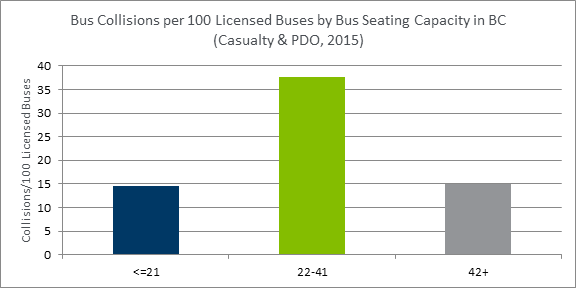 Incident Types and Causes Based on WorkSafeBC Claims (2012-2016)

According to WorkSafeBC, over 10,300 BC employers were registered in the General Trucking classification unit (CU 732019) in 2016.  The vast majority of these employers are owner/operators or small employers with fewer than five workers, with only 223 firms employing 20 or more workers.

There was an average of 1,063 time-loss injuries in the General Trucking CU per year from 2012 to 2016. On average, these workers miss almost 77 days of work, with a total per-claim cost of around $38,000. This figure does not represent the true cost of the incident, which may be two to four times higher.

Almost 1 in 20 workers in General Trucking will sustain a time-loss injury each year, giving this CU an injury rate of 4.7[3]. While this is comparable to the Transportation and Related Services Subsector, it is over two times higher than the provincial average.

The tables below show the top 10 motor vehicle  incident types and top 10 incident causes for drivers employed  in General Trucking based on WorkSafeBC data from 2012 to 2016.[4] The incident type with the highest number of claims[5] during this period was “jack-knifed or overturned” without involving a collision with another vehicle. 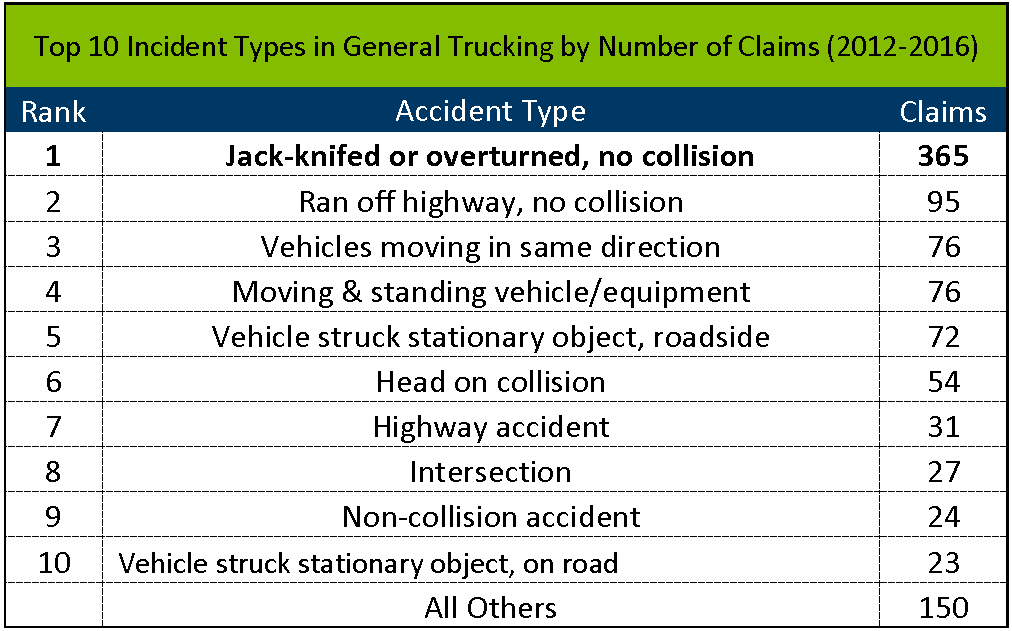 As show in the table below, based on the number of claims, overexertion was the number one cause of incidents among drivers employed in General Trucking. 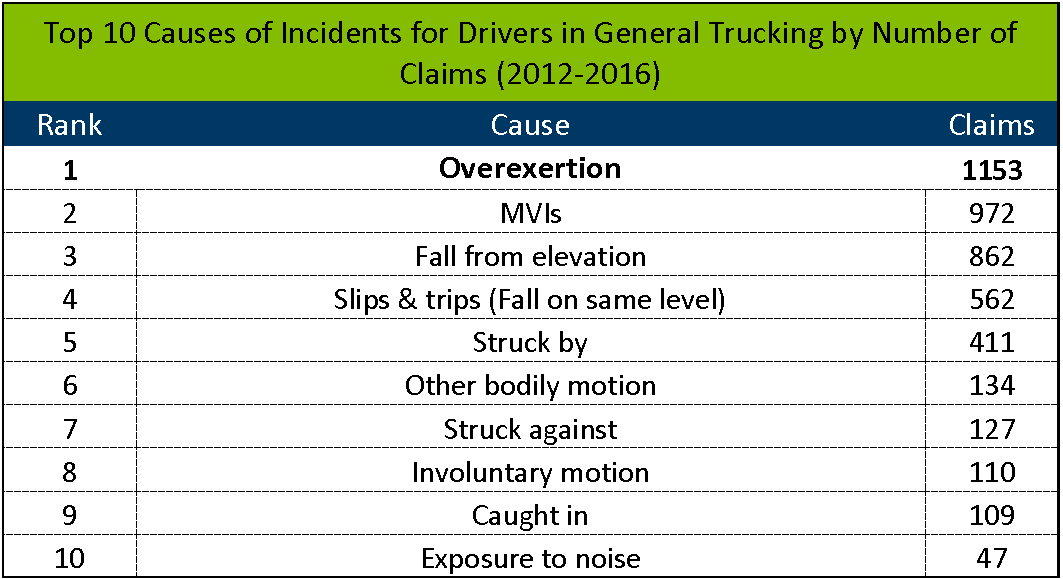 [3] The injury rate is number of time loss claims per 100 person-years of employment. (Person-year is the equivalent of one person working all year on either a full-time or part-time basis.)

[5] WorkSafeBC data does not include all work-related motor vehicle incidents because workers have the right to claim benefits through ICBC in some cases (such as multi-vehicle accidents, driver was not at fault, and the driver of the other vehicle was a non-worker). ICBC claims are not captured in this data.