About 26,000 registered trucking companies in BC move the essential ingredients of our lives 24 hours a day, 7 days a week, 365 days a year. No other transportation mode (rail, marine, or air) can match trucking’s flexible, time-sensitive, door-to-door service.

In Canada, trucks transported over 64 million shipments in 2015, carrying 731 million tonnes of cargo. [1]

Altogether, they travelled over 39 billion kilometres in 2015. 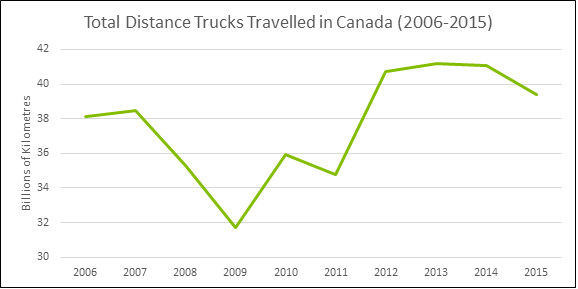 Trucking’s Contribution to GDP in BC

Trucking plays an important role in the provincial economy, both as a business in its own right and as a business that serves others.

According to Statistics Canada [2], truck transportation was a $2.3 billion industry in BC in 2016 (and that’s just for-hire trucking, not private trucks carrying goods for their own companies). 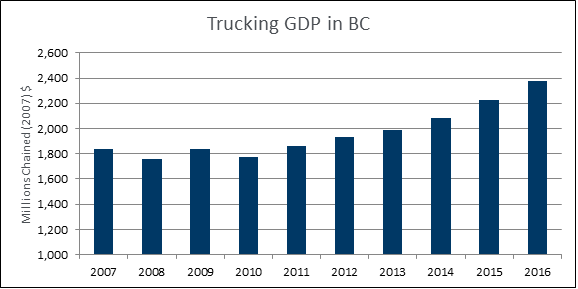 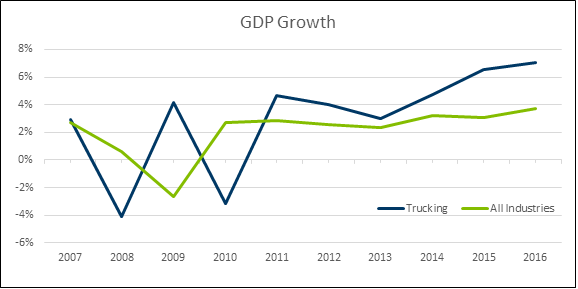 Truck transportation represented 1.05% of BC’s GDP in 2015, more than that of forestry/logging and coal mining. 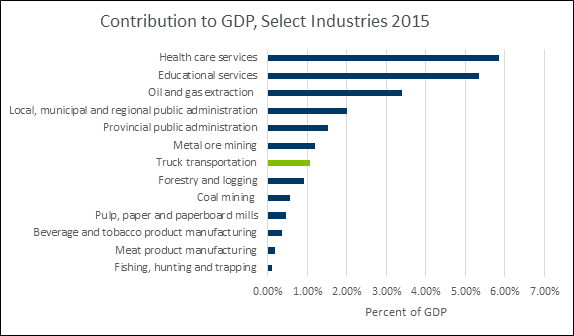