Driver Licence Suspensions Are Not All Driving Related

A poor driving record isn’t the only reason a driver’s licence can be cancelled, as one BCTA member recently discovered.

In order to prevent a similar inconvenience for other BCTA members, this article outlines a variety of reasons the Insurance Corporation of BC (ICBC) may refuse to issue or renew a driver’s licence, or cancel a driver’s licence in BC under the BC Motor Vehicle Act for issues not directly tied to poor driving performance.

ICBC may refuse to issue or renew a driver’s licence for such reasons as:

ICBC may also cancel a driver’s licence for such reasons as:

Notification of cancellation of a driver’s licence can occur by mail or personal service by a peace officer, sheriff or another authorized person. Regardless of the notification method, the individual is required to surrender his/her driver’s licence to ICBC.

As long as the employer has taken all reasonable measures to ensure their drivers have a valid driver’s licence, insurance coverage for a commercial vehicle is generally not affected if an employer unknowingly dispatches a driver with a driver’s licence that is suspended. In addition, if an employer has reason to suspect that a driver may have his/her driver’s licence cancelled in the future (e.g., excessive points on a regular abstract check) there is a higher standard expected of the employer to closely monitor the driver’s record to ensure that he/she is still allowed to legally drive in order to ensure there is insurance coverage for the vehicle.

BCTA will continue to remind both ICBC and the provincial government that employers need access to accurate and timely information on drivers’ records so that they can diligently carry out their National Safety Code responsibility to ensure that they are dispatching qualified and legally licensed drivers. 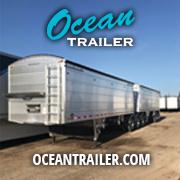 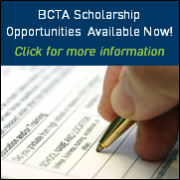